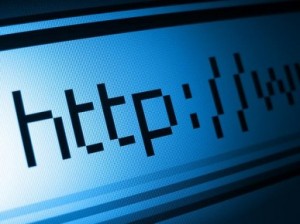 It’s something that spreads via the Internet. It might be a word, a picture, a concept. This one is adapted from my friend Jenni, and takes the form of a questionnaire. Not profound, perhaps, but maybe you’ll enjoy a point or two, and maybe you’ll pass it along in some form or another with your own thoughts. Mostly, it just gets us writing a bit. Thank you Jenni!

1) If you could time travel, what would you do?

Assuming that this means I could go back to some point in my own life time, I would probably return to my college days.

Embrace all that it meant to be in Ann Arbor at that time.

Probably get a job and live there during the summer.

And, most likely, wait a while to get married.

2) Who is your most surprising friend?

I like to think that if you gathered my friends together, they might be surprised to meet one another.

They are men and women. Gay and straight. Liberal and conservative. Christian and Jew and none of the above.

More than a few with tattoos.

Education folks, of course. Some doctors. Some writers. Some musicians. Some artists. An ordained minister. A rapper.

And many who ride the waves of life with grace and wisdom, and who have taught me a lot along the way.

Perhaps the friendship that has come as a bit of a surprise is that with author Joyce Maynard. I first read Joyce’s books in the early 1980’s. I renewed them from the library and read them over and over (which, she says, is why she has only one fan from Rochester, Michigan). Joyce influenced my writing, my parenting, my way of making my house a home. Our children were the same ages. We indulged the same neuroses. She became a friend long before I met her in person. Spending time with Joyce and studying with her in New Hampshire fulfilled a lifelong dream, and I am delighted to count her among my friends. I can hardly wait to do it again.

3) What is your lifetime favorite article of clothing?

In 10th grade, I had a great pair of jeans. HIS for Her, size 9 or 11. (9 if I was lucky.) Button fly, bell bottoms, hip hugger style without being uncomfortably low cut. After many washings, those jeans became flannel soft and fit like a pair of lambskin gloves. I may have sewn a peace sign patch on the flared leg at one time or another. The hems frayed just a bit, but the length was perfect. I wore them with brown leather shoes, tees, and an occasional white button down shirt.

Funny thing though. Those jeans just disappeared once when I put them in the wash. About the same time one of my Led Zeppelin albums went missing – the one with Whole Lotta Love on Side 1.

(Did I say something “went missing”?)

4) If you had a terrible earworm, what song would you sing to try to get rid of it?

My first thought, actually, is what the earworm would be.

The quintessential “It’s A Small World After All”?

Lately, it would be “Blow” by Ke$ha. I get stuck on the chorus, which I’ve used to measure how many squats I can do without stopping.

Anyway, to get rid of it, I’d probably resort to the very first song I remember singing out loud. In fact, it’s the first song I downloaded when I got an iPod.

The Kingston Trio version is as vivid to me today as it was when I was 4, bouncing around the back yard singing, “Hang down your head and cry.” I do know all the verses now, though, and love the harmonies. When I sing along, I switch between parts.

5) Is there a celebrity whose death you would mourn with unusual depth?

Our cultural obsession with celebrities gets me on my soapbox, so this is a tough one.

I did, however, mourn the passing of some of the legends of comedy over the years….Lucille Ball and Bob Hope come to mind. And so I think I will mourn other “greats” from that genre, when the time comes, such as Carol Burnett and Betty White. The ability to make others laugh is a unique gift. And I do value laughter.

I think we will all catch our breath when Sir Paul McCartney dies. I will remember his debut with the Beatles on Ed Sullivan when I was eight….Sgt. Pepper and The White Album that saw me through my high school years, Band on the Run in college, his lyrical love songs later on. I regret that I haven’t seen him in concert. Maybe I will next time he tours. We all know now that Paul is much more than “the cute one” of the Beatles. THe man is, simply put, a genius.

6) What’s the best thing about your home?

We actually have two houses right now, and they have some things in common that I like a lot.

One is the fact that they are just the right size. I’ve lived big houses and on big pieces of land, and they are hard to maintain. Cleaning takes a while, or has to be hired out. A big house entices me to collect stuff to fill it, and I end up with too much crap. A smaller house is easy to clean; I can do it top to bottom in about two hours. Maybe less.

But the really wonderful thing about home is the way the windows open up the back of the house. In Pennsylvania, the atrium windows invite you to explore the deck. It’s an elevated deck tucked into the trees; I call it my treehouse. It’s private; almost no one can see you there. It’s at its best in springtime, when the cherry tree blossoms.

In Florida, the back of the house is bathed in natural sunlight and the views of water, palms, and the manicured greens of the golf course is like having a huge back yard. At sunset, the horizon glows silver, peach, fuschia, and purple.

7) What is your most vivid memory about learning to drive?

Even before I took drivers’ ed, my sister Dee took me to Mount Avon Cemetery and let me drive around the dirt roads there. We would pull in through the gate, and she would turn over the wheel of her Plymouth Valiant. It was a great place to get a little practice without worry about other traffic. Pretty smart, actually. A definite advantage of having an older sister.

8) What do you think about ironing?

Saving this one for a stand-alone piece. Ah, I know the suspense is killing you!

9) When did you first feel really grown-up?

After my 40th birthday. I finally felt like I had lived enough life to do things my way.

That’s code for: I decided to be less vulnerable to criticism over trivial things.

10) Where do you want to travel but fear you never can?

I don’t like this question. I don’t fear not traveling, but I have wondered if I will see the Rocky Mountains again anytime soon. I loved hiking in Rocky Mountain National Park and Yellowstone….the surprise of the rugged Tetons on the horizon…the relentless Canadian Rockies of Alberta.

And I would love to take Mike to Scotland, to visit the McLean of Duart Castle on the Isle of Mull (A true Scotsman, that is his “clan.”)  Is there a kilt (and all the accessories that go with it) in his future?

These trips will take just the right blend of time, money, and planning. No fear about any of it, really. In the meantime, I have the Gulf of Mexico just ten minutes down the road.

This entry was posted in Friendship, Opinion, Uncategorized. Bookmark the permalink.

3 Responses to It’s Called a Meme